Who can use this feature

The cover image is a static image that displays on the video player when the video isn’t being played, and as a thumbnail in the video slider

Immediately get your viewers' attention by adding a compelling cover image for your videos that will display on the front end.

You have the option to add multiple cover images for each video and select a default image at your discretion. A built-in snapshot feature (VOD only) allows you to grab a screenshot from a video and use that as the cover image.

You can access the Cover Image tab while editing a video container selected from the Library.

For Video containers, the cover images submenu is located with the other submenus inside the container.

For Live Event containers, the cover images submenu is located inside the Event dashboard. 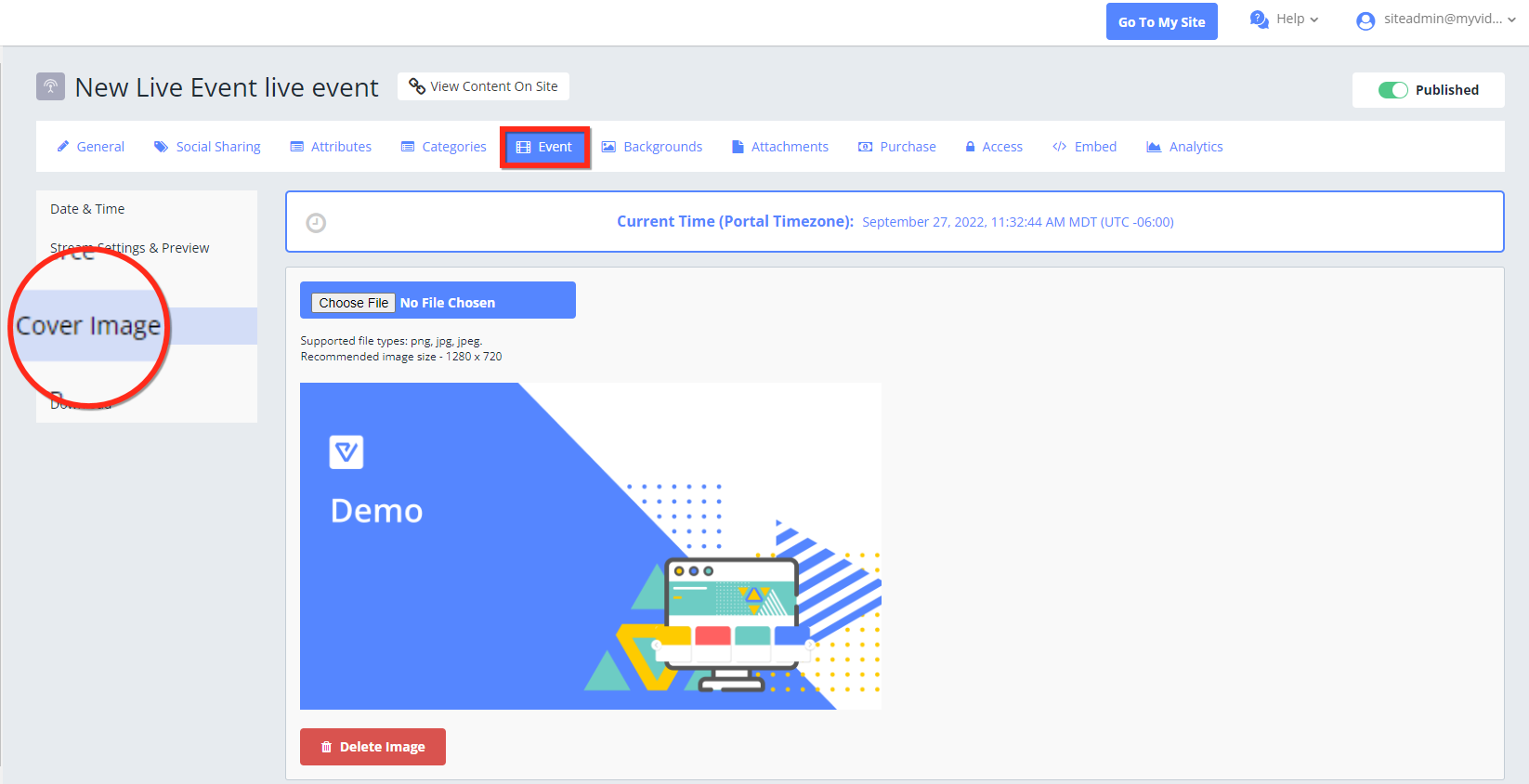 When a video file is uploaded to a VOD container where no image currently exists, a random screenshot is automatically captured and used as the cover image, given the following conditions:

Upload a cover image for your videos which is visible to your audience on the front end. The uploaded image can replace the auto-generated one if desired.

Supported file types include PNG, JPG, and JPEG
The recommended image size is 1280 × 720
The maximum image file size is 30 MB

Using Snapshot from Video (VOD only)

You can only use this feature if you've successfully uploaded a video file. For more information, see Managing Video Files.

You can upload more than one cover image and set one as the primary image displayed on the video player page.

When more than one image has been uploaded successfully, you can choose which one will be used as the default image on the front end.

To create a default cover image that will automatically display every video without a cover image in it — see Customizing Your Platform to learn how.

Arrange the cover images you’ve uploaded to organize the order they appear on the cover image screen. Moving the position of an image here does not affect anything else on the platform.

Delete a cover image if you no longer want it to appear on your platform.